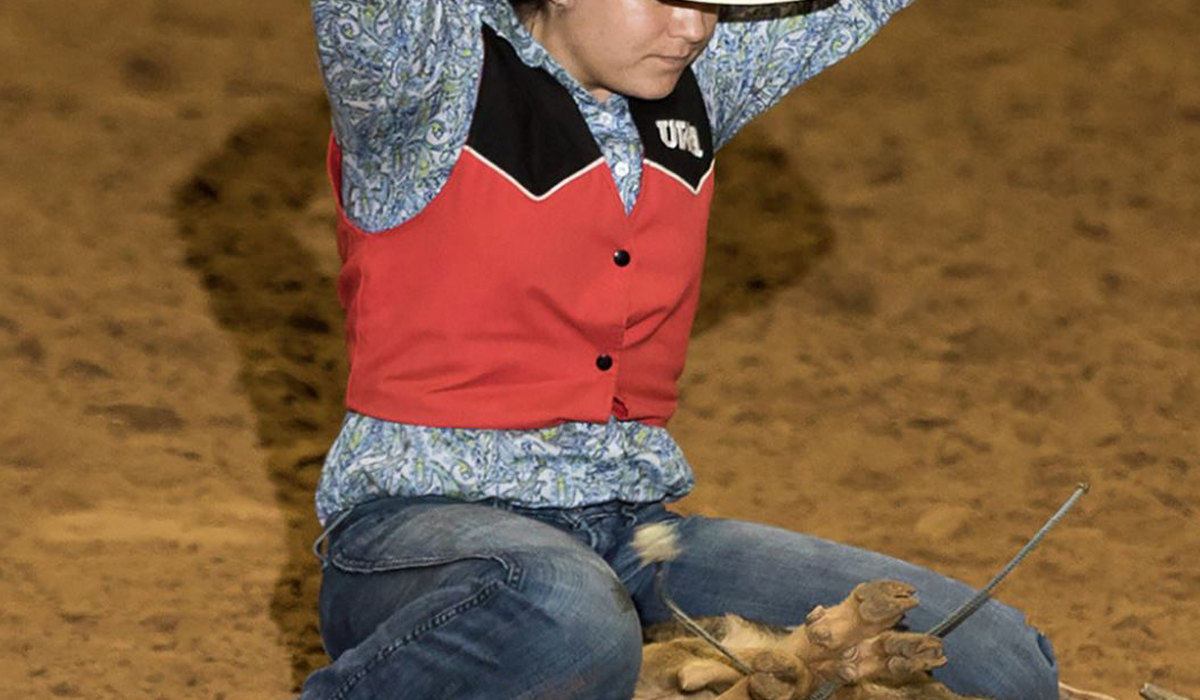 Trevor Colby won the calf roping competition as the UWA men finished fifth with 180 points. Missouri Valley compiled 695 points to win the men’s side, followed by Tennessee-Martin with 665, East Mississippi Community College with 650, Three Rivers with 240 and UWA to round out the top five.

The West Alabama women put together 240 points for their first win of the fall season. Southern Arkansas was second with 220, followed by EMCC with 200, Missouri Valley with 145 and UARM with 100 to round out the top five.

McLaughlin finished with a 14.8 average to win goat tying. Ashton’s third place finish was the result of an 8.7 average in breakaway roping.

Sparked by a second go-round best of 10.1 Colby won calf roping with a 21.3 average. Calf ropers Blayne Saine and Ryder Ladner were fifth and sixth, respectively.

The Tiger Wranglers get back to the arena at the Southern Arkansas Rodeo Oct. 29-31.