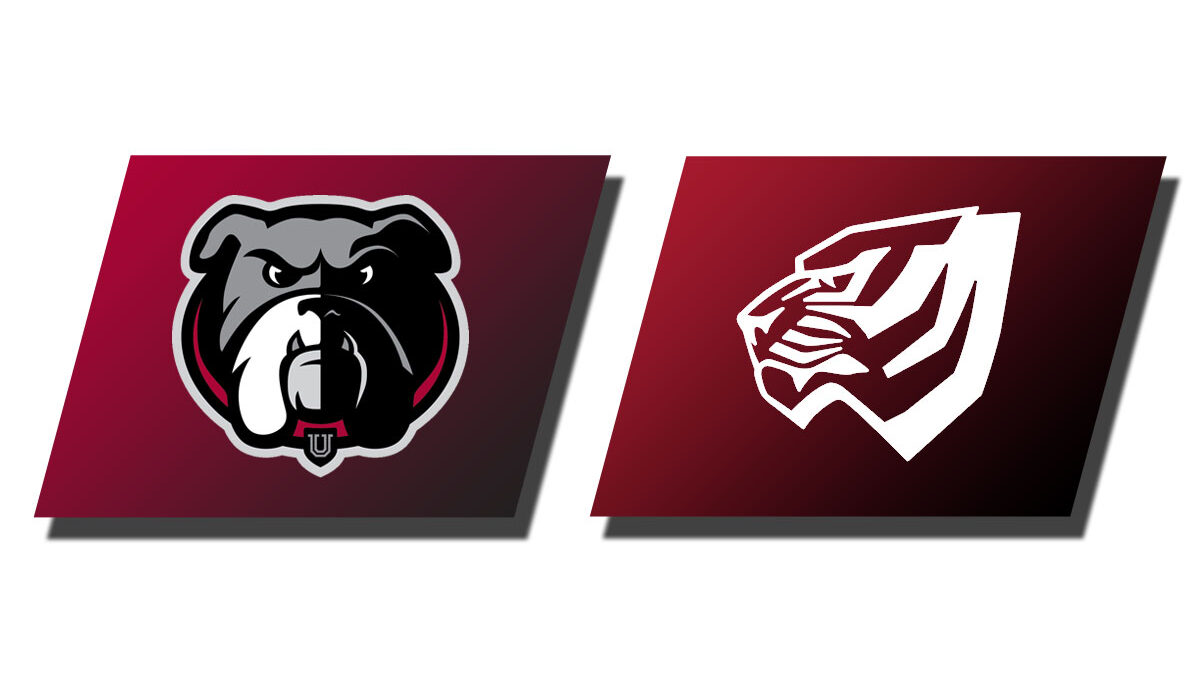 LIVINGSTON, Ala. – A pair of jump shots by Justin Debuck down the stretch lifted Union to a 59-55 Gulf South Conference men’s basketball victory over West Alabama Friday at Pruitt Hall Gym.

Union improved to 7-4 with its second win over UWA in three outings. West Alabama is 3-2. The Tigers and the Bulldogs play again Saturday at 2 p.m.

“Holding that team to 59 points is a nice job by us, but it’s awful hard to beat anybody in this league when you score just 55,” Woodruff said. “Give them credit. They held us to 37 percent shooting from the floor just like they did in the loss up there.”

UWA went on a 14-2 run midway through the first half to give the Tigers a 23-14 lead with just over seven minutes to play before the break. Union then rallied to make five of their last six field goals to cut the Tiger lead to 28-24 with 3:29 left in the half and managed to shave the Tiger lead to 32-30 by intermission.

In a game where the lead changed hands eight times and was tied six times, Union took a 51-49 lead on a three-pointer from Tylandrius Parks with 7:13 left in the game and never trailed again. The Bulldogs also limited UWA to just 2-of-11 shooting from the floor to end the game.

After a layup from Tiger guard Justin Allison tied the game at 55-55 with 1:21 left, Debuck hit jumpers at 1:02 and 14.1 seconds to ice the win for Union. Debuck’s last bucket came as time expired on the shot clock.

Parks scored 20 points to lead all scorers. Hunter Vick chipped in 12 for the Bulldogs, who shot 51 percent from the floor (24-of-47). The Bulldogs also converted 5-of-11 three-point attempts while West Alabama was 7-of-23 from long range. JC Hawkins had eight rebounds.

“It’s really hard to win,” Woodruff said. “In a game like this a couple of possessions are the difference in the game, the difference between winning and losing.

“There aren’t a lot of secrets anymore because at this point there isn’t much that is going to change with either team,” UWA head coach Nick Woodruff said. “We just have to show up and see who wants it more.”

Saturday’s meeting will be the fourth in 16 days between West Alabama and Union after the Tigers had not played for 13 days prior to Friday’s outing due to pandemic precautions.