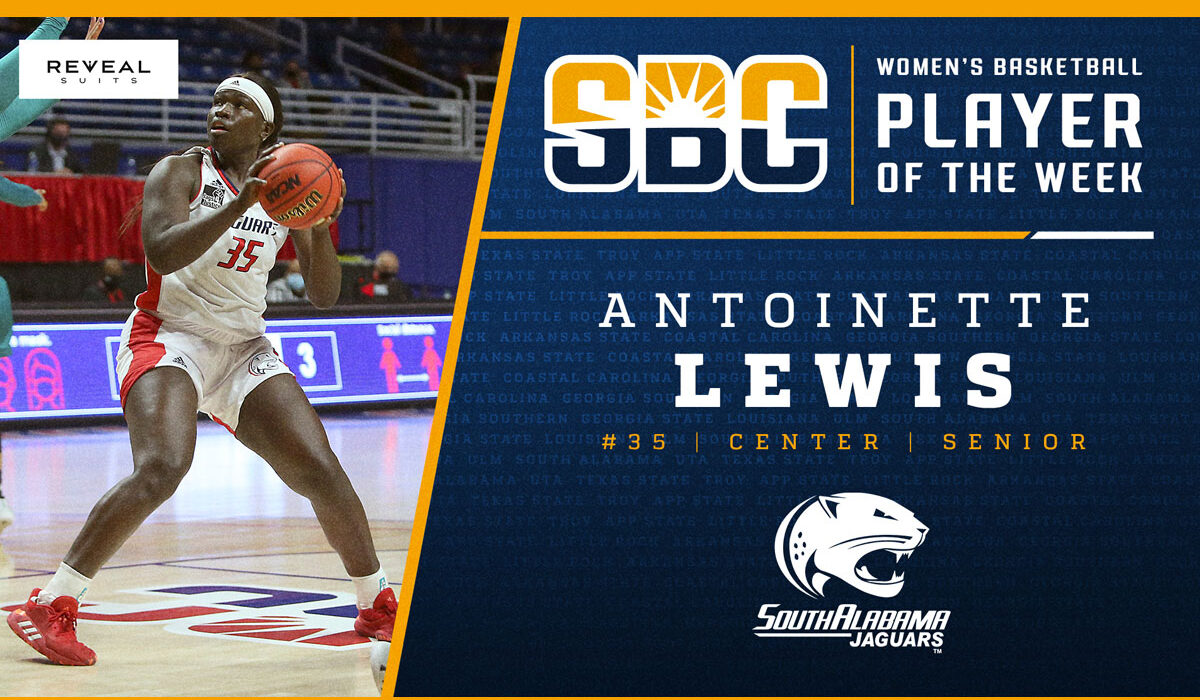 Lewis averaged a double-double, shot 54 percent from the floor and recorded four blocks and two assists to lead the Jaguars to a pair of victories over Coastal Carolina. In the first game on Friday, the senior posted 17 points and a season-best 15 rebounds for a double-double, a team-high fourth of the season, in South Alabama’s 11-point win. On Saturday, Lewis shared game-high honors with 13 points leading the Jags with both eight boards and three blocks. Her assist in the final 30 seconds led to the game-winning basket. She preserved the victory by blocking the Chanticleers’ three-point attempt at the buzzer. With 30 points on the weekend, Lewis moved up to seventh place on the school’s all-time scoring list.