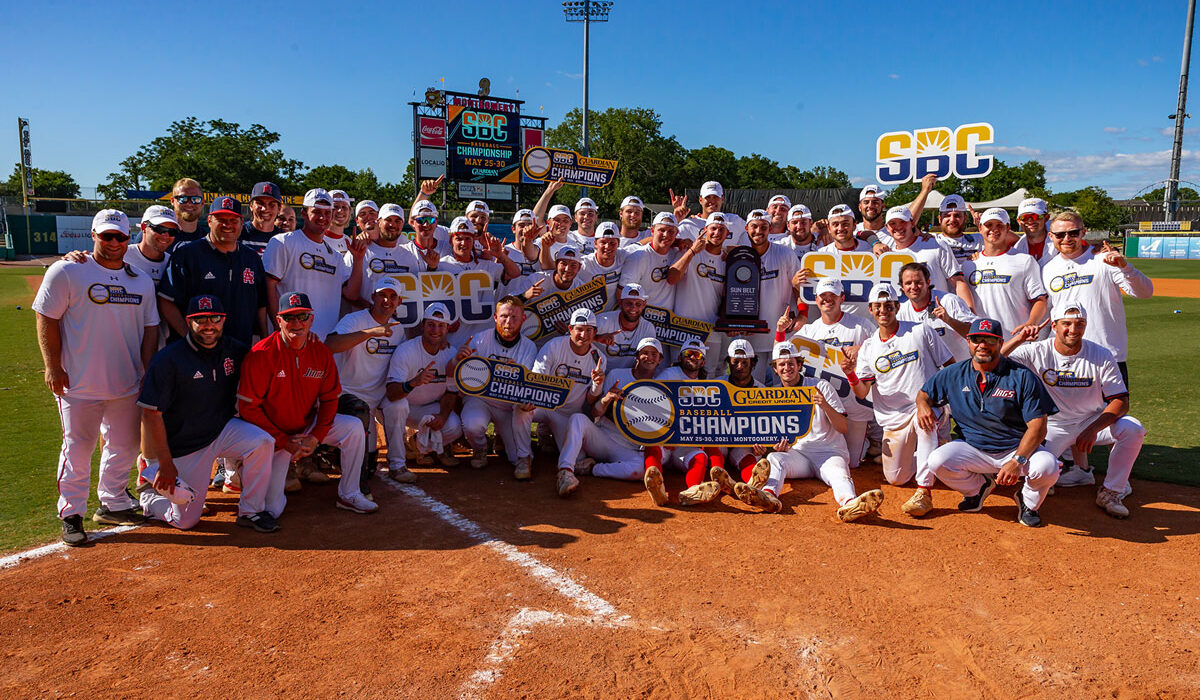 Sun Belt Player of the Year graduate student outfielder Mason McWhorter got things started for Georgia Southern with a solo shot to left field with two outs in the top of the first inning. The Eagles then manufactured a pair in the top of the second—stringing together a double, a single, a sacrifice fly and two more singles and chasing South Alabama starter senior right-handed pitcher Matt Boswell—to take a 3-0 lead.

South Alabama got those three runs back on one swing, with a two-out, three-run home run by senior catcher Richard Sorrenti in the bottom half of the second to knot the game at 3-3.

The Eagles and Jaguars combined to strand seven runners in the third and fourth innings, before South Alabama broke through with a run in the bottom of the fifth. Senior outfielder Michael Sandle drew a walk to open the inning, stole second and advanced to third on a throwing error. A double down the left field line by redshirt senior second baseman Hunter Stokes plated the go-ahead run for the Jaguars.

South Alabama added an insurance run in the bottom of the sixth—when senior outfielder Michael Sandle’s single to left center plated freshman outfielder Hunter Donaldson—and tacked on another in the seventh—when Donaldson beat out a throw for an infield single, allowing senior first baseman Kaleb DeLaTorre to score.

A four-run bottom of the eighth cemented the Jaguar lead for good, though the Eagles plated one in the top half of the ninth to provide the final 10-4 margin.

Senior right-handed pitcher Miles Smith, who came back on short rest and allowed just one run on six hits over the final 7.2 innings, earned the win for the Jaguars en route to Most Outstanding Player honors at the Sun Belt Baseball Championship.

South Alabama will represent the Sun Belt in the NCAA Baseball Regionals as the conference’s automatic qualifier—and will learn its destination during the selection show on ESPN2 at 12 noon ET on Monday, May 31.