Dunkle has historic game in win over Tuskegee 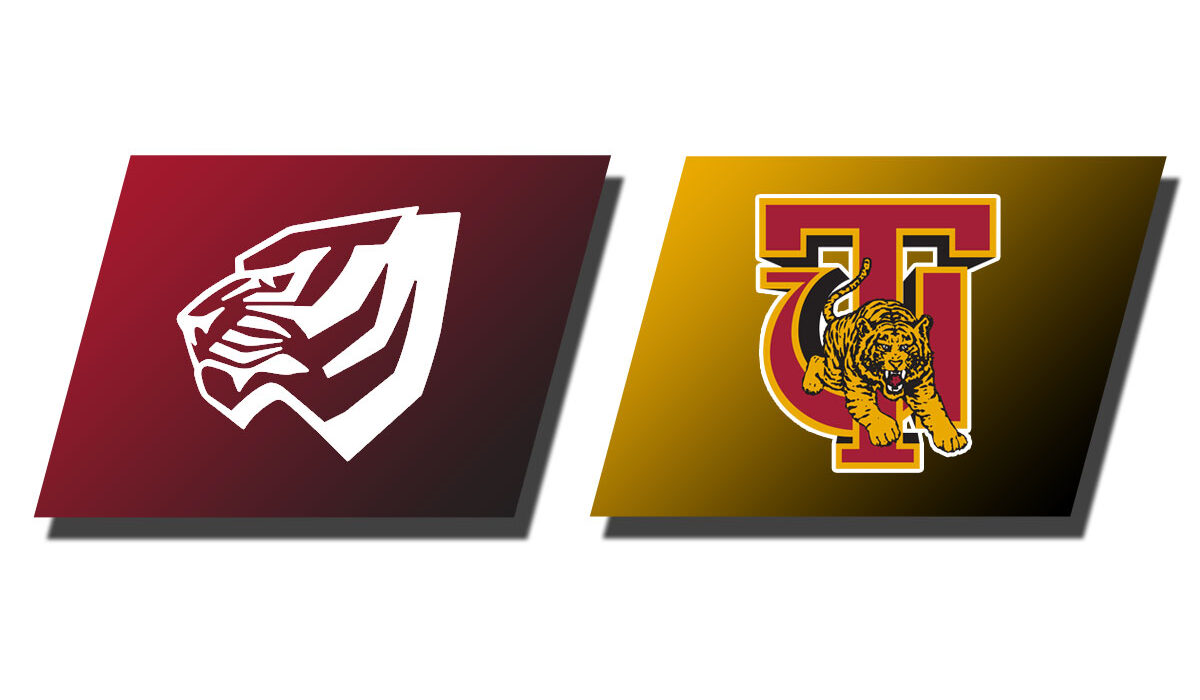 TUSKEGEE – Gabriel Dunkle had the golden toe for West Alabama in its 33-7 victory over Tuskegee University Saturday afternoon. The senior kicker went 4-for-5 in field goals, including a career-long 47-yarder to begin the scoring effort for the Tigers.

UWA (2-0) had 467 yards of total offense (173 rushing, 295 passing) while holding the Golden Tigers (0-2) to 194. West Al’s defense was a stopping force and halted Tuskegee scoring attempts in the red zone with three interceptions and one forced fumble for a UWA recovery.

Quarterback Jack McDaniels was 23 for 38 through the air for 294 yards and one touchdown. James Smith, III rushed for 134 yards and a score for West Alabama, and Bayley Blanchard caught four passes for 76 yards and a touchdown.

Shamar Lewis, SchDarren Archie, and Michael Anderson have a single interception, and Anderson forced one fumble.

Dunkle began the scoring effort on the game’s first possession. Opening the game with several first downs, the Tigers found themselves in a 4th and 10 situation. Dunkle came on the field and scored the first points for his team while breaking his career-long record with a 47-yard field goal.

Minutes later, West Alabama scored its first touchdown of the game. Reggie Davenport racked up 30 rushing yards for five carries in a 7-play possession, punctuated by a one-yard carry for a touchdown. Dunkle landed the PAT, giving the Tigers a 10-0 advantage over Tuskegee.

West Alabama started off the second quarter with yet another scoring possession. Being unable to get a first down in the run, Dunkle scored another field goal. This time 30-yarder to extend the West Al lead to 13-0.

Later in the quarter, with 6:02 left in the half, McDaniels completed a 43-yard touchdown pass in the possession’s first play. The point after was good for a score of 20-0.

The only points in the third quarter came off the foot of Dunkle. The Glendora, Calif. native landed his third field goal of the night to add three points to the UWA score.

Tuskegee scored its only points of the game in its first possession of the fourth quarter. After eight plays and 59 yards, Golden Tiger quarterback Bryson Williams completed a 21-yard pass to Steven Hodges for a touchdown. The point after was good to cut UWA’s lead to 23-7.

West Alabama answered on its next possession. Dunkle grabbed another piece, this time a 25-yarder.

In the game’s final minutes, Senior running back James Smith, III ran for 62 yards for a touchdown.

UWA returns to action on Thursday, Sept. 16, when they take on North American University inside of Tiger Stadium. Kickoff is set for 6 p.m.