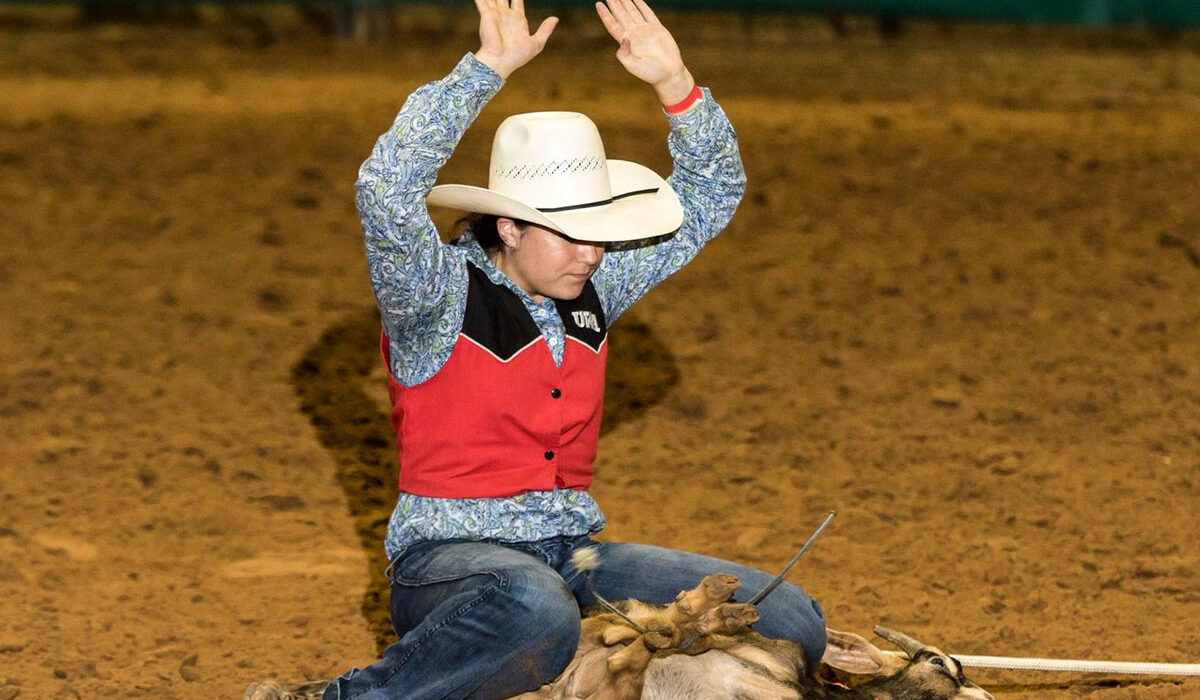 LIVINGSTON – Heather McLaughlin will represent the University of West Alabama Tiger Wranglers at the 2021 College National Finals Rodeo that begins Saturday and runs through June 19 at the Casper Events Center in Casper, Wyoming.

“Heather is mentally tough,” UWA head rodeo coach Daniel Poole said. “The distractions of the national finals will not bother her. She has practiced nearly every day since school got out and will go into the finals with the same game plan that got her there.”

All-Around Cowgirl is the cowgirl that accumulates the most points while competing in at least two different events throughout the regional regular season. The wranglers with the top 10 aggregate times after three rounds at the CNFR will compete in the championship round Saturday night, June 19.

“Being that she is competing in two events, she will stand a good chance at a national title and an all-around national title,” Poole said.

The CNFR will air on ESPN3 Tuesday, June 15 through Saturday, June 19. ESPN3 is available by using the ESPN App or by going to ESPN.com.

The rodeo performances will stream live and replay the following day. ESPNU will also be producing two programs to air later in the summer that will feature interviews, rodeo highlights and the crowning of national champions.