1971 football team to be inducted into UWA Hall of Fame 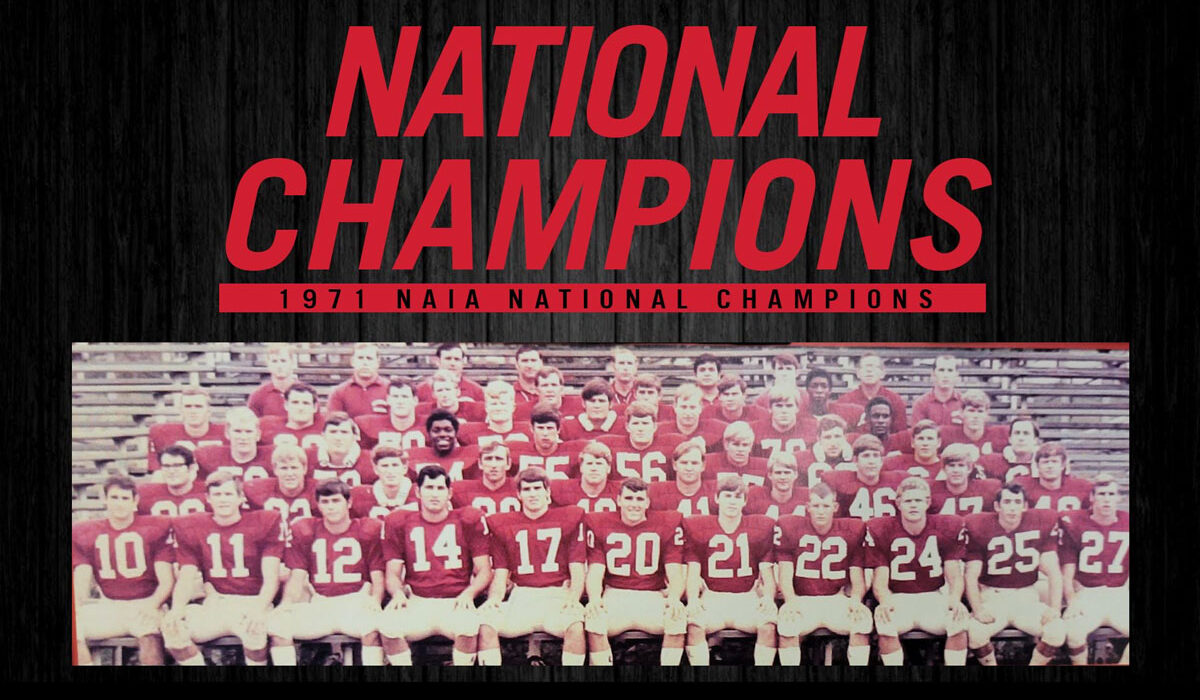 LIVINGSTON, Ala. – To celebrate the 50th anniversary of the 1971 Livingston University football team’s national championship, the entire team will be inducted into the University of West Alabama Athletics Hall of Fame on Saturday, Oct. 16.

The event will be the first in a revamped UWA Athletics Hall of Fame induction celebration ceremony that gets underway with a Hall of Fame Breakfast at 8:15 a.m. at the Bell Conference Center on UWA Campus. The team and the other hall of fame inductees will also be honored later that day at the Tiger football game against conference rival Valdosta State.

“I can think of no better way to celebrate the 50th anniversary of our 1971 football national champions than to induct them into our Hall of Fame as a team,” UWA Director of Athletics Kent Partridge said. “In addition to being our only national championship team, their contributions to UWA both as a team and as individuals over the last 50 years can’t adequately be put into words.”

The 1971 Tigers posted an 11-1 record and claimed the National Association for Intercollegiate Athletics by defeating top-ranked Arkansas Tech, 14-12, in the national championship game at Legion Field in Birmingham, Ala.

On the way to the championship, the Tigers beat West Liberty 25-2 in a semifinal game in Steubenville, Ohio.

In addition to taking home the championship trophy, several coaches and team members received major honors during that season. Andrews was named Gulf South Conference Coach of the Year and NAIA District 27 Coach of the Year.

As a senior quarterback in 1971, Clemit Spruiell was named the Gulf South Conference Player of the Year and was a second-team NAIA All-American. He passed for 1,281 yards and nine touchdowns while rushing for 229 and five scores. He led the team with 1,509 yards of total offense.

Ken Hutcherson was a starting outside linebacker for the Tiger’s 1971 NAIA National Championship team and a two-time All-American.

Lightfoot, who would eventually be drafted by the New York Jets, led the team in rushing with 458 yards and 10 touchdowns despite not being a starter at running back until the fourth game. Cartwright was the teams’ leading receiver with 30 catches for 374 yards and two TDs. Wright averaged 21.9 yards on 14 kickoff returns.