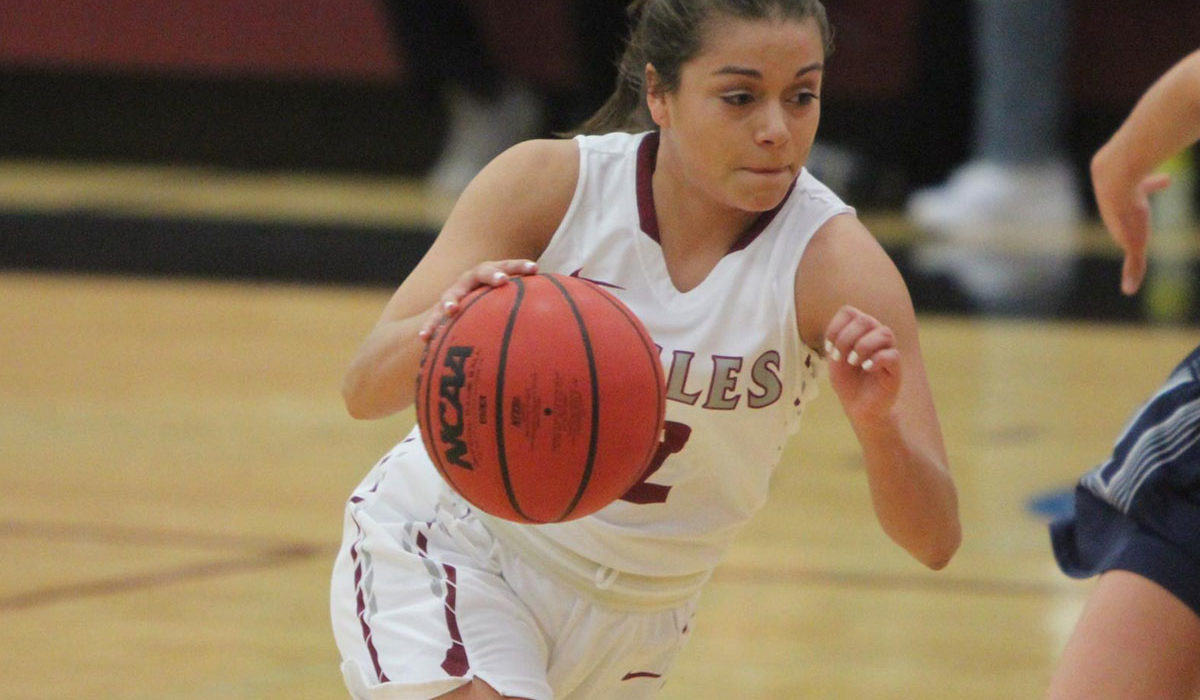 CHADRON – Freshman Jori Peters of Mitchell had all her career-high 21 points in the second half, including the Eagles last seven, as Chadron State defeated Colorado School of Mines, 76-73, Saturday night in a Rocky Mountain Athletic Conference women’s basketball matchup.

The three-point victory for Chadron State comes after losing three games by a combined five points.

“We didn’t give up tonight, we kept pressing and the kids just fought hard,” Head Coach Janet Raymersaid.

Peter’s finished seven of 11 from the field, was a perfect two for two from three-point land and made five of her six free throw attempts, with all coming in the second half.

“It feels so amazing to close out a game like we did after losing the last three games by two or one point,” Peters said.

CSC’s 76 points was its highest scoring output of the season.

The Eagles shot 48 percent from the field, making 27 of their 56 field goal attempts. They made five of 14 from three-point range and made 17 of 18 from the charity stripe, the lone miss being Peters with seven seconds remaining.

Colorado School of Mines made 28 of their 67 field goal attempts, for 42 percent. The Eagle defense held the Orediggers to 16 percent from behind the arc, making only four of their 25 attempts.

CSC committed 15 turnovers and scored 11 points from 10 Mines turnovers. The Orediggers had 19 points off turnovers.

Chadron State was outrebounded 36 to 31, but had 40 bench points compared to Colorado School of Mines four.

Three players scored in double-digits for the Orediggers. Anna Kollmorgen and Courtney Stanton each scored 19 points and Denali Pinto had 17. Raven Herrera had a game high 11 rebounds for Mines.

Two Eagles were the next highest scorers behind Peters. Sophomore Taryn Foxen and Freshman Angelique Gall had 14 points apiece. Senior Rebecca Stevenson and sophomore Jessica Harvey each finished with 10.