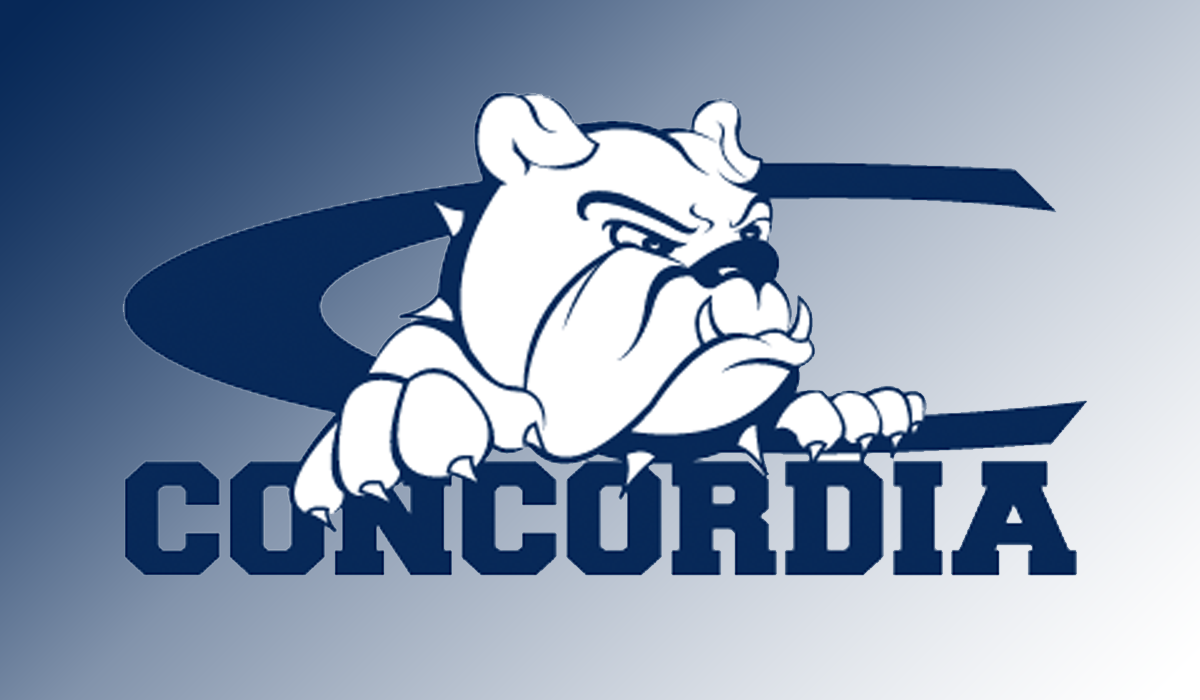 YANKTON, S.D. – Sometimes life on the GPAC requires a gritty effort to get the job done. After staring down a halftime deficit, the top-ranked Concordia University women’s basketball team used a big third quarter scoring plash from Taylor Cockerill and a lockdown defensive effort to pull out a 66-55 win at Mount Marty on Saturday afternoon (Feb. 16). The Bulldogs needed this one in order to keep pace atop the GPAC standings while the Lancers needed it to keep their season alive.

“I told our kids that I’m really, really proud of them,” Olson said. “To be able to do that three years in a row says a lot about their toughness. I felt like this year was even more special because of how good the GPAC was. Northwestern and Dakota Wesleyan are great teams and that middle group is all really tough teams. Every night was a grind this year. We have a lot of returners, but we had a lot of new kids playing big minutes for us and learning how to play with each other. They’ve done a great job with that.”

The Bulldogs went just 3-for-19 from 3-point range, so they had to find other means to put away a pesky Mount Marty squad. Cockerill and fellow backcourt mate Grace Barry were up to the task. Cockerill poured in 11 of her game high 20 points during the third stanza. It was easily the most dominant stretch of the day for Concordia, which held a scoring advantage of 22-11 and limited the Lancers to 3-for-11 shooting during that 10 minutes.

On this day, Barry also needed to assert herself as a scorer. She put home 17 points and plucked a game high seven steals as a major pest in the backcourt. Barry helped build the lead up to as many as 15 points when she dropped a dime that resulted in a Philly Lammers three-point play in the fourth quarter. Lammers finished with 14 points and four rebounds (relegated to 18 minutes due to foul trouble).

Ali Kuca led the upset bid for Mount Marty (15-14, 8-14 GPAC), which saw its season draw to a close on Saturday. Kuca nailed six 3-point field goals for a team high 18 points. The Lancers never regained the lead after Concordia took it from them early in the third quarter, but they did hang within two (40-38) with less than 15 minutes remaining in the game.

In the scoring department, the Bulldogs had a major drop off after the trio of Barry, Cockerill and Lammers. In atypical fashion, the Concordia bench was good for only seven total points on Saturday. An advantage of 25-8 in turnover margin helped make up the difference. The Bulldogs came up with 21 steals and suffocated Mount Marty to the tune of 37.5 percent shooting.

As a reward for earning the league’s No. 1 seed, the Bulldogs will be at home as long as they remain alive in the GPAC tournament. Concordia now gets set to host eighth-seeded Briar Cliff (15-15, 9-13 GPAC) in the conference quarterfinals on Wednesday. Tipoff from Walz Arena will take place at 7 p.m. CST. The Bulldogs have successfully defended the home court by winning each of the past two GPAC tournaments as the top seed.

“It’s about keeping the focus and continuing to do what we do,” Olson said. “We have to get healthy and get back into shape. Hopefully we’ll be ready to go on Wednesday.”